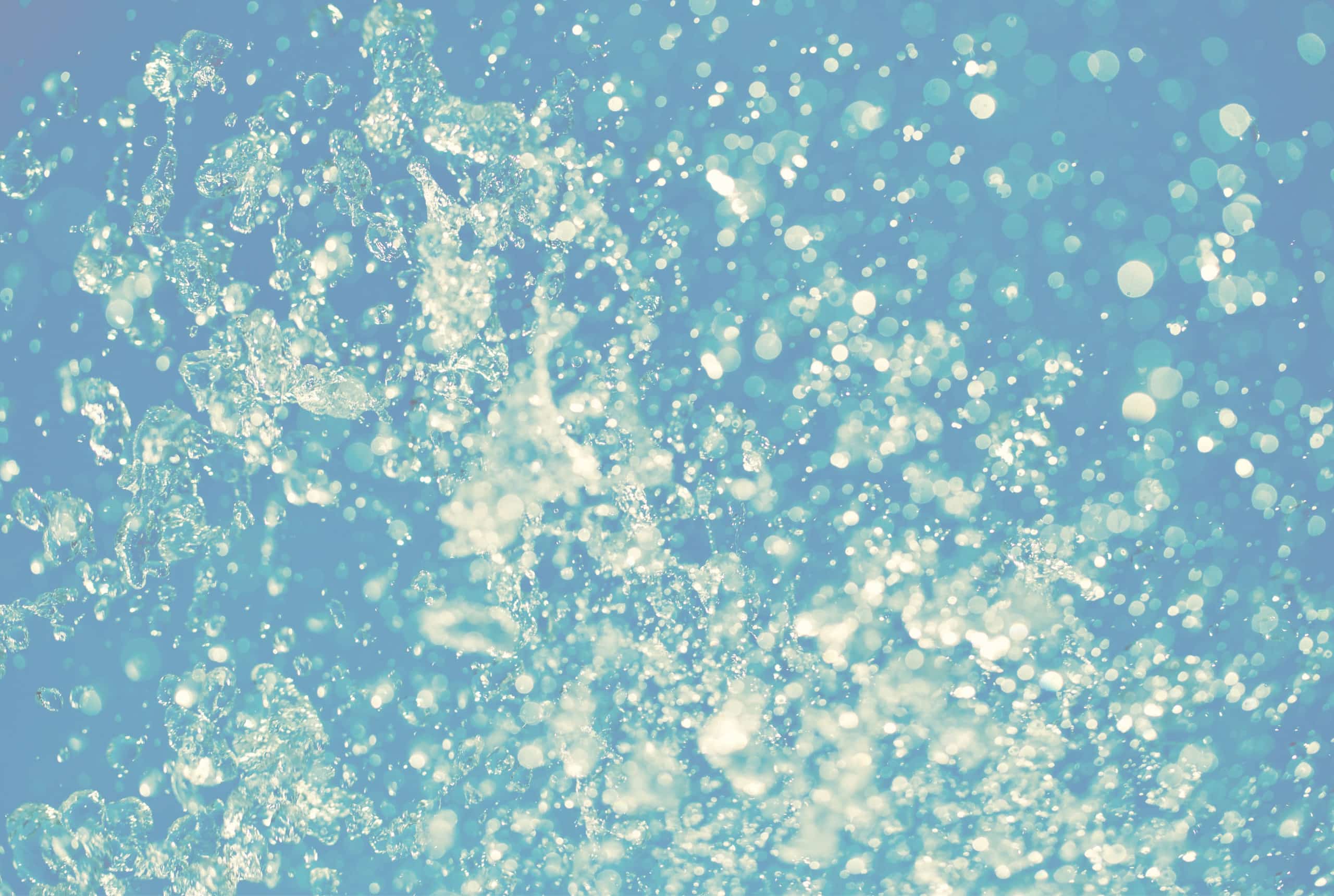 Nantes (France), 23 September 2022 – 06:00 am CET – Lhyfe (EURONEXT: LHYFE), one of the world's pioneers in the production of green and renewable hydrogen, has inaugurated its offshore renewable green hydrogen production demonstrator yesterday in Saint-Nazaire. This is the first time in the world that renewable hydrogen will be produced at sea. The “Sealhyfe” platform, which seeks to pave the way for a new energy paradigm awaited worldwide, is starting an 18-month experimental period, at quay then off the coast of Le Croisic, on the offshore testing site (SEM-REV) operated by French engineering school Centrale Nantes.

Producing hydrogen at sea: A global challenge to be tackled

Around the world, the race for hydrogen is on and the development of offshore wind farms is booming. Lhyfe – which inaugurated the world's first site for the production of hydrogen from onshore wind turbines in September 2021 and which is currently preparing to deploy its solutions Europe-wide – is convinced of the central role offshore has to play in the massification of renewable green hydrogen production.

Producing hydrogen using offshore wind turbines could allow all countries with a coastline to access renewable green hydrogen, produced locally, beyond the horizon line, and in industrial quantities, to decarbonize transportation and industry. However, until now, no one has ever produced hydrogen at sea. It is to prove that it is now possible that Lhyfe is today taking on the great offshore challenge.

A series of major and unprecedented challenges

Through this pilot site, Lhyfe will produce the first kilograms of renewable green hydrogen at quay and then at sea, operating automatically, in the most extreme conditions. The company has voluntarily set the bar high by installing its production unit on a floating platform, connected to a floating wind turbine.

The Sealhyfe platform must therefore meet several major and unprecedented challenges, including:

A demonstrator developed with top experts

To achieve this technological feat, Lhyfe relied on the facilities of the offshore testing site, SEM-REV, operated by Centrale Nantes.

The electrolyser was supplied and optimized for these exceptional operating conditions by Plug Power, one of the market leaders that is strongly engaged in the offshore route. Together, Plug and Lhyfe have developed the first electrolyser capable of operating on a floating platform.

The project also benefited from the expertise of French offshore and marine renewable energy players:

A first six-month trial phase is being started at quay, in the port of Saint-Nazaire, to obtain initial reference measurements and test all of the systems (desalination and cooling systems, stack behaviour, remote control, energy management, resistance to environmental conditions, etc.).

At the end of this first stage, Sealhyfe will spend a period of 12 months off the Atlantic coast. It will be installed less than a kilometre from the floating wind turbine, fixed to the ground by a system of anchors and connected to the site's underwater hub using an umbilical designed and dedicated for this application (energy and data transfer).

At the end of this trial, Lhyfe will have a substantial volume of data, which should allow it to design mature offshore production systems, and to deploy robust and proven technologies on a large scale, in keeping with the EU's objective to produce 10 million tonnes a year of renewable hydrogen by 2030.

Sealhyfe has the capacity to produce up to 400 kg of renewable green hydrogen a day, equivalent to 1MW of power.

By 2030-2035, offshore could represent an additional installed capacity of around 3 GW for Lhyfe.

Sealhyfe has had support from the French energy and environment agency ADEME and the Pays de la Loire Region.

Matthieu Guesné, Chairman and CEO and founder of Lhyfe : “At Lhyfe, we have only one aim: to leave a more breathable planet for our children. This is why we once again wanted to take up a major technological challenge, to prove – by producing hydrogen at sea for the first time – that it is possible to do it as of today. By paving the way for the mass production of renewable hydrogen at sea, Sealhyfe is fully in line with the EU's strategy to deploy an offshore hydrogen chain, and wishes to help build the energy sovereignty of countries.”

Matthieu Guesné adds: "The acceleration of the development of offshore wind plants announced by the President of the Republic will strongly contribute to the deployment of Lhyfe on its offshore strategy".

About Lhyfe
Created in Nantes in 2017, Lhyfe produces and supplies green hydrogen for mobility and industry. Its production plants and commercial pipeline are designed to provide green hydrogen in industrial quantities and form part of a virtuous energy model benefitting the environment. The company is a member of France Hydrogène and of Hydrogen Europe.
Lhyfe inaugurated its first green hydrogen industrial production site in the second half of 2021. The company currently has a commercial pipeline representing a total production capacity of 9.8 GW by 2030. An offshore research program initiated in 2019 should also lead to the start of a test phase in real conditions for the world's first floating electrolyser linked to a floating wind farm planned for September 2022.
For more information go to Lhyfe.com

About Plug
Plug is building an end-to-end green hydrogen ecosystem (production, storage, delivery) to help its customers achieve their business goals and decarbonize the economy. In creating the first commercially viable market for hydrogen fuel cell technology, the company has deployed more than 50,000 fuel cell systems and more than 165 fuelling stations, which is more than anyone else in the world. Plug is also the largest buyer of liquid hydrogen. With ambitions to build and operate a green hydrogen highway across North America and Europe, Plug is building a state-of-the-art Gigafactory to produce electrolysers and fuel cells, as well as several green hydrogen production plants that will produce 500 tonnes of liquid green hydrogen per day by 2025. Plug will provide its green hydrogen solutions directly to its customers and through joint venture partners across multiple industries, including handling, e-mobility, energy production and industrial applications.
For more information visit www.plugpower.com

About Chantiers de l'Atlantique
Thanks to the expertise of its staff and its network of sub-contractors, combined with first-rate industrial facilities, Chantiers de l'Atlantique is a key player in the fields of design, integration, testing and turnkey delivery of cruise ships, military ships and electrical substations for offshore wind farms, and fleet services. The company is addressing tomorrow's challenges head on, offering ships with proven high energy efficiency, which go beyond the most drastic environmental regulations, as well as offshore wind systems that make it a major player in energy transition.
www.chantiers-atlantique.com

About GEPS Techno
The GEPS group is an Innovation Lab supporting the development of the blue economy. It invents, designs, markets and deploys autonomous technical solutions at sea, for decarbonization, monitoring, surveillance and communication in the form of turnkey services. Its aim is to seek sustainable answers to the problems linked to the development of human activity at sea.
Founded in 2011, the GEPS group is an expert in the hybridization of renewable marine energies. Its tailor-made solutions have already accumulated more than 250,000 hours at sea, all over the world, serving customer needs in energy production and energy autonomy at sea, in data collection and ships stabilization.

About Centrale Nantes
Centrale Nantes is a French engineering school founded in 1919. It ranks among the best French engineering schools (Le Figaro, L'Etudiant) and in the top 250 worldwide (Times Higher Education).
It also came No. 1 in the Les Echos Start and Change Now ranking of schools changing the world. Its graduates engineers, masters and doctoral students that have completed academic courses involving very high level scientific and technological development work. It is an international school with 43% international students , representing over 87 nationalities. Agreements have been signed with 178 universities in 48 countries and two-thirds of students follow a dual degree course. Research and training at Centrale Nantes are organized around three major growth and innovation challenges: sustainable development, digital transition and health. With research platforms ranging from digital simulation to experimentation on prototypes, some of which real sized, and an incubator with 20 years of experience, the school has excellent tools for innovation and collaborations with the business world. As part of a proactive research policy that integrates research labs with industry, Centrale Nantes has 15 industrial chairs and joint laboratories with leading economic players.
More information: www.ec-nantes.fr. Media library: https://phototheque.ec-nantes.fr / @CentraleNantes