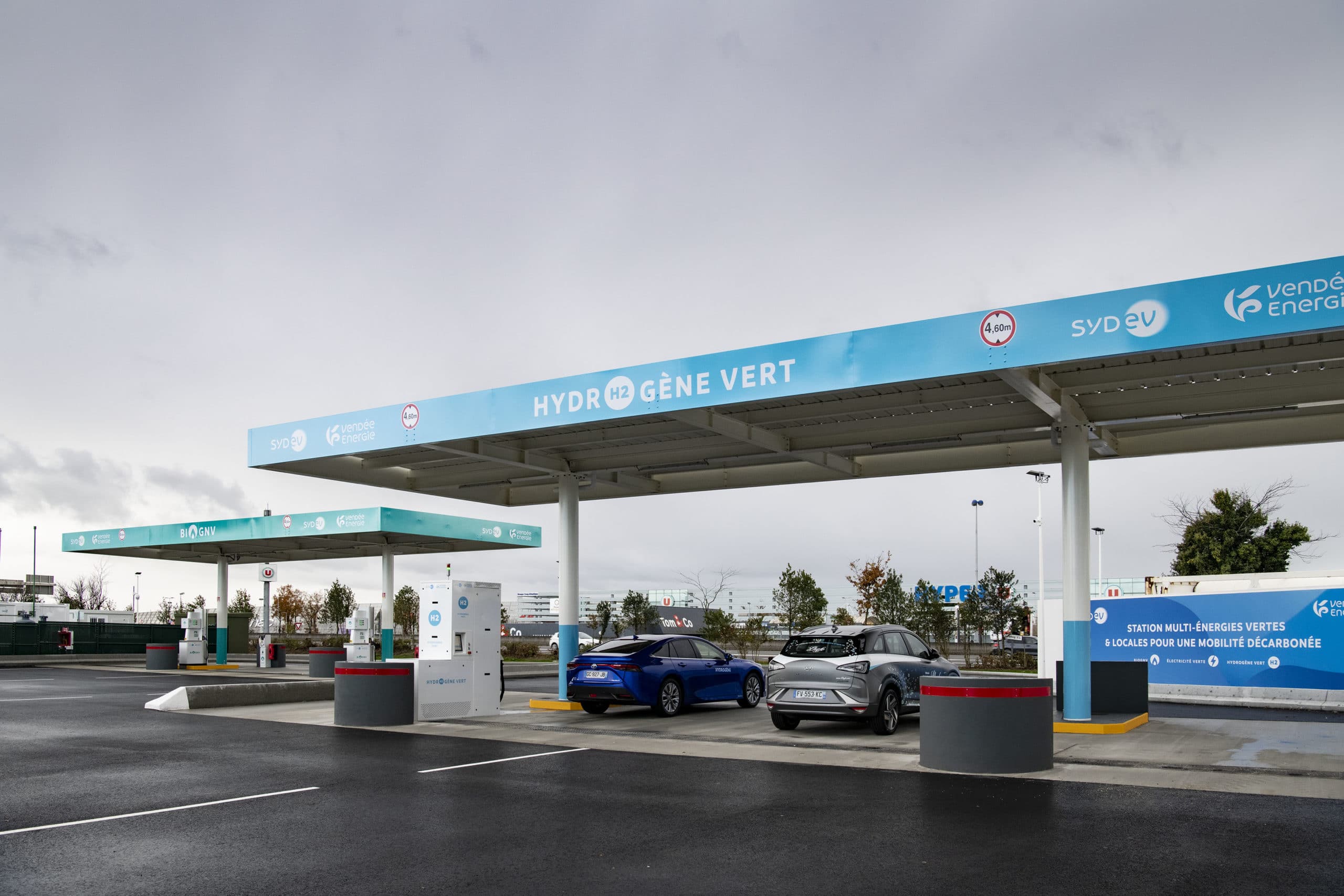 Establishing and developing a green renewable hydrogen value chain within the local area – this is the ambition of the Vendée region and it is already on track. Spearheading this commitment is Vendée energy network operator Sydev, which is in charge of deploying and operating all of the hydrogen stations in Vendée. These stations will cover the hydrogen needs of today and tomorrow, namely in connection with the first mobility applications, e.g. to power buses, refuse collectors, trucks and hydrogen light vehicles.

Sydev have been major supporters of our project since the beginning and working with them under a public procurement contract has been key to Lhyfe’s development. Sydev has been a pioneer in realizing the implementation of Lhyfe’s first production facility and the two organizations are today working together to develop hydrogen use in the region. While the first step is a hydrogen refuelling station in La Roche sur Yon which can deliver 200 kilos of hydrogen a day, the next steps will involve:

All of the hydrogen will be supplied by Lhyfe’s production site in Bouin which is interconnected with the Vendée energy operator’s wind power plant. And so this partnership with Sydev comes full circle, with many other projects also in development.

SYDEV is developing a green and local energy mix to offer the people of the Vendée the choice of clean energy, including decarbonising transport. Green hydrogen is an essential vector of the energy transition, complementary to other alternative energies such as biogas and renewable electricity, or energy savings.

Convinced of the relevance of Lhyfe’s solution, SYDEV supported the project and acted to quickly federate several partners in the Loire region, to develop a green hydrogen industry in the Loire region and to build the first industrial production site in the Vendée region, powered directly by the wind turbines of Vendée Energie, our semi-public company.

Although the multi-energy distribution station in La Roche-sur-Yon is the concrete expression of a new energy paradigm for mobility in the Vendée, it is nevertheless only the beginning of a much more ambitious project for the whole department, because we are convinced that territorial coverage is the key.

Distance between the Bouin and Sables d’Olonne refuelling stations

Why this project is exemplary

. Total cooperation right from the start of the project between Lhyfe and Sydev
. Support from the French Environment & Energy Agency (ADEME) through the H2Ouest project, one of the projects selected under the 2019 Hydrogen Mobility Ecosystems funding call
. Wide variety of public and private uses covered: buses, refuse collectors, trucks, utility vehicles.